Cart Shopping Cart Log In My Account My Account My Account
The Omega 36M from SilencerCo is a modular, fully welded suppressor designed to handle a huge variety of calibers. While it can do the traditional 5.56 to 300 Win Mag like other suppressors in class, the Omega 36M can also accommodate larger projectiles such as 9x19, 350 Legend, 357 Magnum, and even 338 Lapua Magnum. In addition to the shooter being able to easily use the Omega 36M on their host firearm of choice, they can also adjust the length to suit their specific needs. Roughly 2" can be removed from the front, bringing the suppressor from just under 7" all the way down to 4.9".Constructed from Titanium, Cobalt 6, and Inconel, the Omega 36M can stand up to a substantial amount of abuse. Even being able to withstand that abuse, it comes in at almost half the weight of the Chimera. In it's full size configuration it has a base weight of 11.9 ounces and it can be dropped to a base weight of 9.2 ounces in the shorted variant.The mounting system on the Omega 36M is a departure from both the Omega 300 and Omega 9K/45K. It uses a Charlie mounting system, so existing Saker/Chimera mounts are compatible. It ships with a Charlie ASR mount, allowing for easy attachment to the most common muzzle device in the industry. In addition to the existing mounts for the Saker and Chimera, the Omega 36M is also compatible with the new 3-Lug and Piston systems to allow for use on 9mm subguns and handguns.FEATURESShorter and lighter than other's in classFull-auto and magnum ratedStellite blast baffle for durabilityCompatible with the industry's most common mounting system - ASRReplaceable end capsCompatible with all Charlie / Saker accessoriesCan be used with an extensive caliber listWHAT'S INCLUDEDCharlie ASR mount9mm flat front capTools for usabilityCOMPATIBLE ACCESSORIESCharlie ASR Mount, Trifecta Mount, YHM Mount, 51t Mount, Charlie Direct Thread, Dead Air Key-moCharlie flat front caps, Charlie flash hider front cap, Charlie standoff front capASR flash hider, ASR muzzle brake 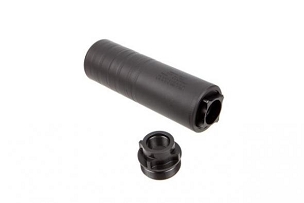 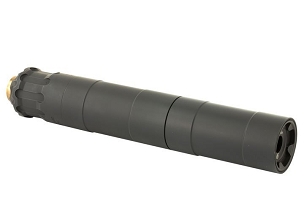 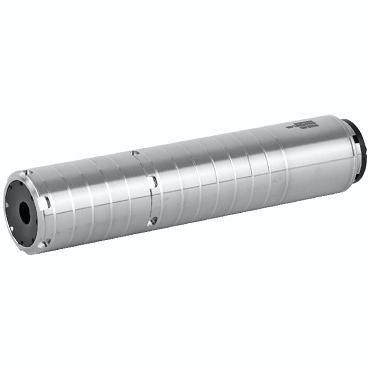 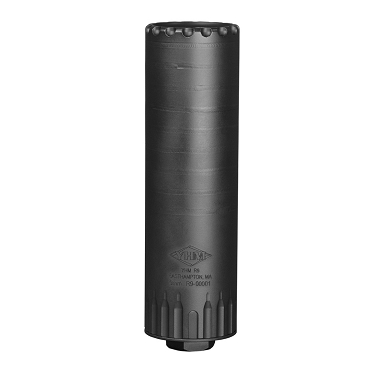